As I have mentioned in a few earlier posts, I am trying to get back into shooting regularly and improving my skills. I was a little nervous about attending rifle-based events, both because my knowledge of formal range protocol is limited (I grew up shooting on the farm, but that does not always translate into knowing what the Range Master expects of you) and because I have always been the worst shot of any group I shot with. I decided to attend an Appleseed shoot because they seemed to both be open for those new to formal rifle events and pushed for a high level of skill.

Project Appleseed is an odd mix of a shooting club and a historical society. We would go over some aspect of shooting, like proper shooting positions or how to use the sling, shoot a course of fire to test it, and then be told a little bit of the history before moving on to the next shooting topic. For purposes of this write-up, I am going to discuss the shooting and the history separately.

Most of the history presented dealt with the events of April 18-19, 1775, Paul Revere’s famous ride and the Battles of Lexington and Concord. I was of course familiar with the story, but there were a lot of details presented that I had not heard before, that really changed how I think about it. It is easy to think of historical characters as one-dimensional, forgetting that they were people who had things going on in their lives. The captain who had to leave sick kids at home. The man who met Paul Revere on the way home from proposing to his fiancee, who would die in the fighting before the wedding could take place. The militiaman who lived near Lexington Square and staggered home to die in his wife’s arms. The 78-year-old who killed a half-dozen redcoats before the rest of the squad got to him, took more than a dozen bayonet wounds, and died… 16 years later having sired several more children.

I had always studied the Revolution in terms of generals and armies, forgetting the people that those armies were made of.

As far as the shooting, we would begin and end each day with a “red coat” target, a quick way to judge your current abilities and see how you are improving. 13 rounds from whatever position you like (prone suggested for stability) at silhouette targets sized to simulate a full-size target at 100, 200, 300, and 400 yards. 3 shots into each target, then one last shot into “Morgan’s Shingle” (which duplicates a 250-yard target that Daniel Morgan used as a qualification for joining his unit).

The first day of shooting we did back-to-basics how to get into shooting positions, why the positions worked like they did, how to read what you are doing wrong from your target, how to get and confirm the rifle’s zero, and ended the day with an AQT (Army Qualification Test). This test has timed shooting in standing, sitting/kneeling, and prone, with simulated targets from 100 to 400 yards. Out of 250 points possible, 125 is passing and 210 is expert or “rifleman” and earns you an awesome patch. 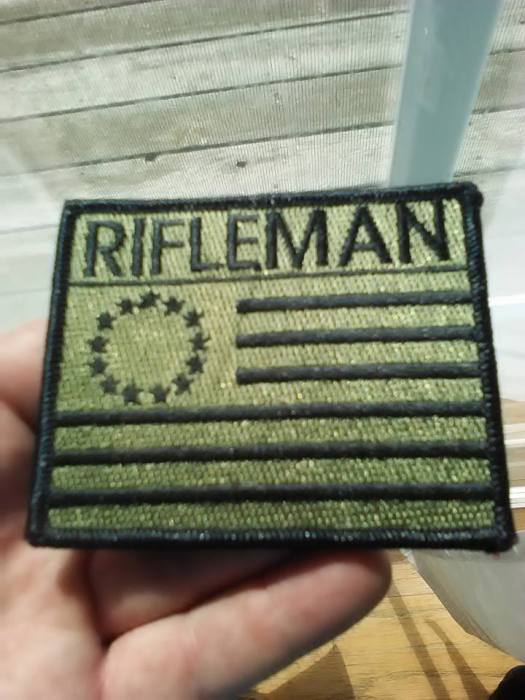 I made a mistake adjusting my sights and shot a 108. ( I would later mark it up and score what would have been if I had left the sights alone and got 155.)

The second day we reviewed the information from the day before, worked on the little details that can tighten up groups, fixed my sight-adjustment screwup and confirmed that my zero was where it should be. We then went into the “AQT Grind”, shooting the AQT repeatedly, alternating doing the stages in normal order or “Australian style” reverse order (mainly to save us the time of having to re-adjust slings between stages more than we had to). My scores were improving, but I would often have that one stage where something went wrong in an otherwise solid score. I put my shooting glasses too close to my face and they fogged over, costing me time I needed to get those last few shots in. Not locking a magazine in and taking half the stage time to figure out why I couldn’t fire. More often than anything else, hurrying when the time hacks were short and forgetting things that I knew enough to do. I had several scores hovering around the 190-200 level, but nothing quite high enough to earn the patch.

Our last AQT was the “quick and dirty” rules. Rather than time limits for each stage, five minutes to shoot the entire course, two 10-round magazines and one 20-round. I focused on keeping the shot cadence with my breath and trying to keep my position steady, finished the course of fire, safed the rifle and left the firing line. My instructor looked at me a little quizzically and said, “You have three minutes left. You just shot that in two minutes.” Arrgh, must have been hurrying and not noticing it, I probably screwed that up horribly.

We swapped out targets for our last redcoat of the weekend, putting the last AQT aside to score later. I took my time with the redcoat and came within one shot of shooting it clean (one miss on the 400 yard target). Side-by-side of the first and last redcoats speaks well for the instruction provided: 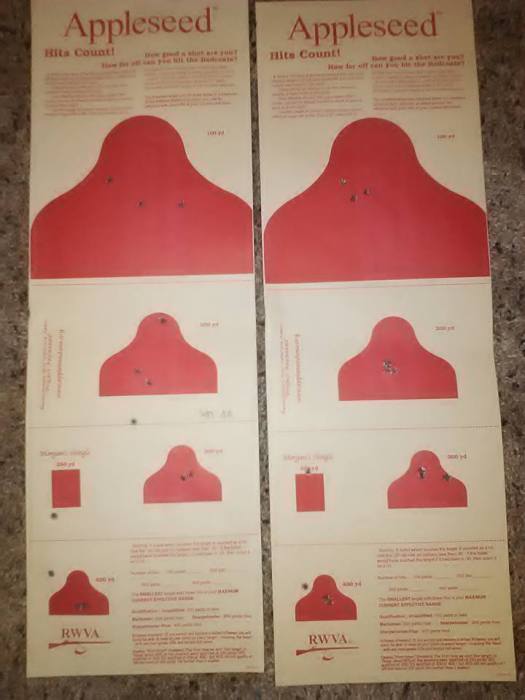 We then scored the last AQT and found that my “mad minute” shooting had scored a 215. I’d made Rifleman. 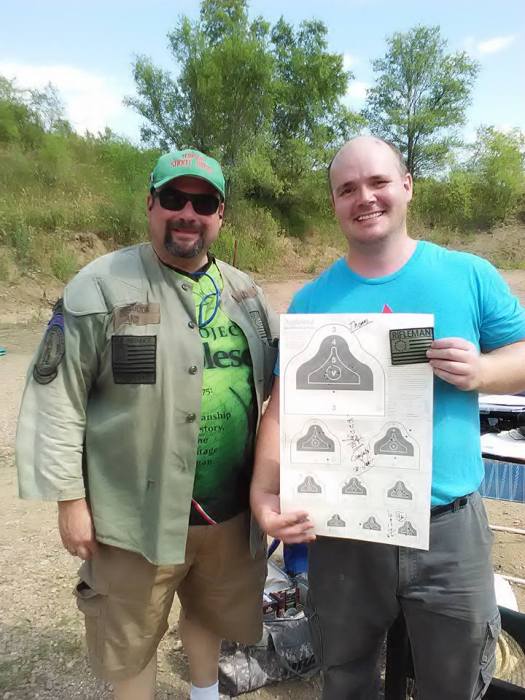 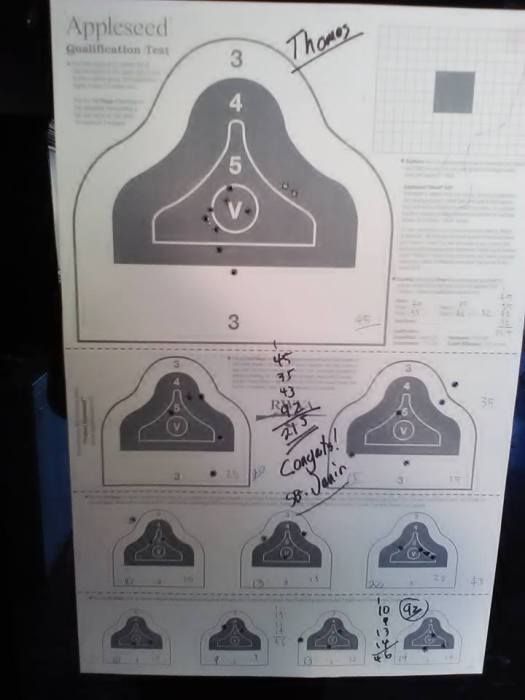 This was an awesome experience and taught me a lot. I cannot recommend these events highly enough. If you want to find an Appleseed near you, start here.