I decided to jump in at the deep end and went for the BFX (multiple lap) option for my first Battlefrog race, just wanting to see how I would do and how far I could go.

About 3 weeks before race day, Battlefrog announced new rules requiring every obstacle be completed, with the caveats that there would be easier versions of all obstacles and some obstacles would have an alternate penalty. Any racer failing to complete the easiest version or the penalty would be allowed to finish the lap they were on, but would have their band taken and not permitted to start any more laps. I was more than a little angry at the change, as running a race without missing at least one obstacle is rare for me, and I paid to keep going all day. More on this later.

We were called up for a pre-race briefing and told to arrange ourselves in ranks and columns. We were given our instructions while doing pushups with each racer’s feet on the shoulder of the person behind them. 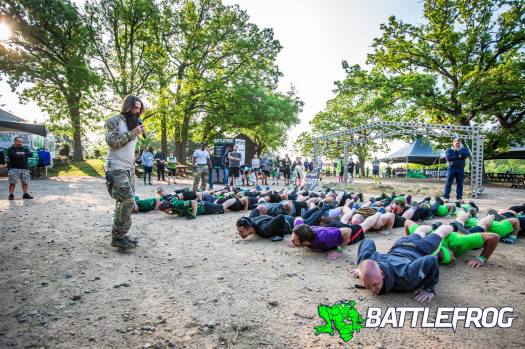 At the end, the race official (identified only as Beard) ordered us to hold the up position and laid our BFX bands on our backs before dismissing us.

A few minutes to warm up and assemble at the start line, a rousing speech from the incomparable Coach Pain, and we were off. 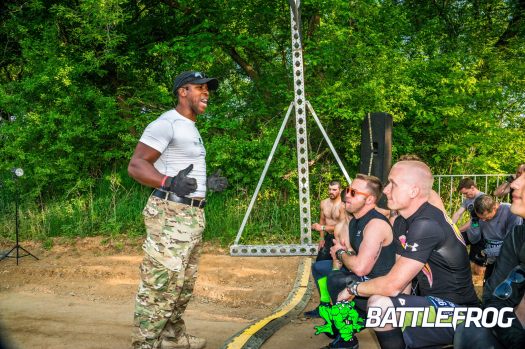 I have trouble telling what happened there in order, as the repeated laps all get jumbled in my mind, so I will tell these in the most coherent order I can. If I did not have a picture featuring myself, I stole a picture of the obstacle from Battlefrog’s FB page.

Lap One- Hit all obstacles, hit drop bin for quick food and drink, and back out.

Lap 2- Completed all, rope-burned my hands coming down from the rope wall. Drop bin, nutrition shake, tend to feet, back at it.

Lap 3- Broke my hydration bladder going over the reverse wall, ditched it at the next water station. Recruited two guys to hold my feet and slow my descent coming down from the rope wall. At this point I knew I couldn’t do the rope wall again, as I barely made it up this time. So I had a decision to make: take 3 laps with the band intact, or go for another and lose the band. I finished well before the time limit and went back out. The band is only good for bragging rights. Going at it again helps make me better.

Lap 4: Completed all obstacles except the rope wall. I was a touch irritated that no penalty loop had been provided, as it was easily 4 times harder than the novice level at the rope climb, which did have a penalty loop. (Literally you had to perform the same motion as the rope climb, 4 times to get to the top of the wall.) When I got there, there was no one to help (only racer in sight was half my size and on her first-ever race) and the volunteer who had been there on previous laps was gone.

Screw it, this should have had a penalty lap, so I am giving it one. I elected to take the elite loop at the jerry can carry (much longer and steeper than the novice loop) and call it even. 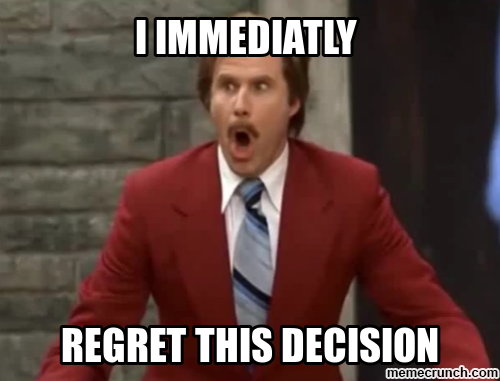 That carry sucked worlds away more than any penalty loop they would have given.

60 degrees was a steel reverse ladder. I hit intermediate 2 laps and novice the last 2.

Rope wall: covered above. Helped out an open wave runner with her 8-counts on lap 3 and coached a newbie over on lap 4.

Inverted wall- made it over unassisted once, needed help the rest of the time.

Ladder wall- Novice was a few feet shorter, no noticeable difference between elite and intermediate.

Church web was a web of ropes strung through one of the forts on site (the grounds are also used for paintball). The hill immediately after may have been the toughest part of the course.

The most fun obstacle, without a doubt, was the Hooyah water slide. I had to wrap a foot around the corner and use the holes in the steel framing to get up, but getting down was much easier.

Mud mounds were tills and trenches of dry dirt. I joked that, coming right after the Hooyah, they expected us to make our own mud.

Normandy jacks are basically a barbless barbed wire crawl. Laps 2 and 3 I log-rolled through it, but by lap 4 the wires were hanging low and it turned into a roll-sideways shuffle- roll a bit more, crawl out.

Ramp wall- Novice has more blocks. I often put my foot on the top block if open wave racers needed another step.

Platnum rig, or as I called it, Penalty loop. Walking a marked loop with a wreck bag and a jerry can.

Confidence climb was a vertical ladder made out of structural steel tubing. Distance between rungs was constant, where most confidence climbs get wider as you near the top. I hit the elite level all 4 laps.

Wreck bag carry- Without a doubt my strongest obstacle.

Tip of the spear- Novice level has a solid foot block, intermediate has a block about every 8 feet, and elite has no foot blocks. I did novice.

Over under through- On lap 3 or 4, I came to this as some ladies who did not understand that the through part had been set up first, were going over the top board. So of course I had to go over the top as well. I also found that I could do a forward roll under the under wall and save a little time getting up.

Rope climb- This did not deserve a penalty loop. Novice level was get your feet on the knot, stand up, and hit the bell. I was able to assist two ladies by either holding the knot in place or having someone else do that and using my body as a step to get her closer to it.

The tire drag marked on the map was actually a pallet carry. If you have ever worked in a factory, you know this well.

Cargo net- I wanted to try a flip over the top, but found it a little too steep for that.

Shortly after the cargo net was the split between repeating loops and the last stretch to the finish line. Last lap, last obstacle was the wedge wall (what Spartan calls the Traverse wall). Novice level had mostly complete foot board, others had less. 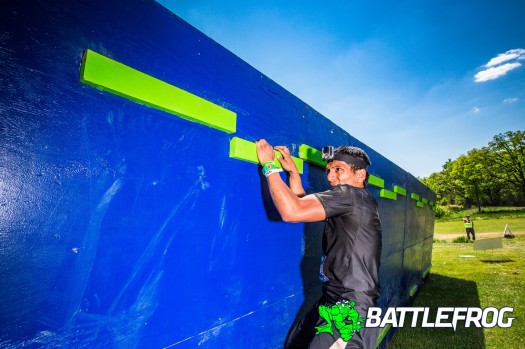 Completed that and the last sprint to the finish line: 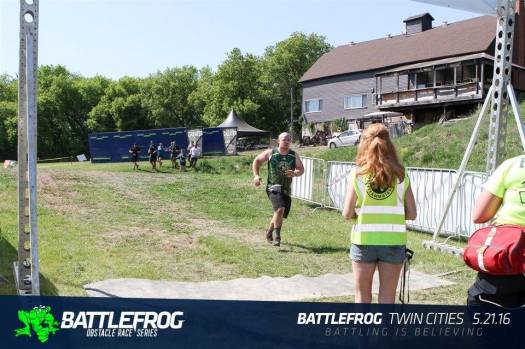 People had noticed the name on the back of my jersey, and hearing the cheers of “Monk of the Mud” was awesome. 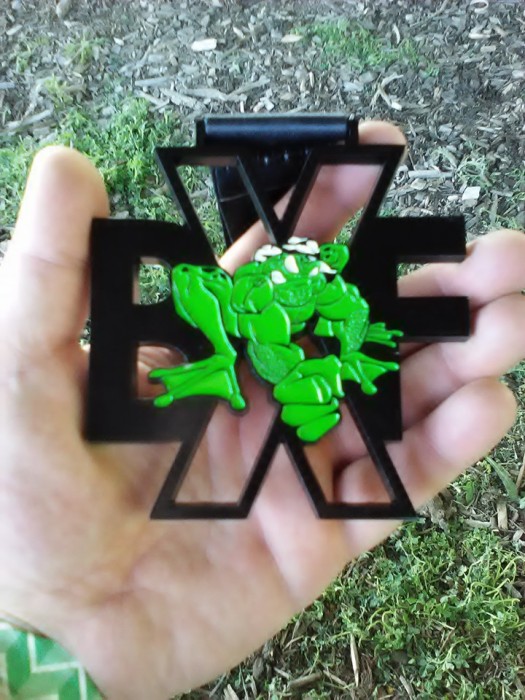 This was a great race, a lot of fun, and a serious challenge to try to get more laps in.

My notes on the new “mandatory obstacle completion” rules, having been through it:

They need to be careful that the hardest obstacles get penalty loops. At this race, the rig was absolutely correct to have one, the rope climb was very debatable, and the rope wall needed one. I assume they will get this down to a science within the year.

The penalty loops are a more effective penalty than 8-counts (in that they are slower), but all of the shouting that they are more fair, or “an extra 800 yards is the same for everyone!” is false. The penalties here were weighted carries over flat ground, which I excel at, but I saw several competitors, who were of more of a runner’s build, being absolutely crushed by the weight involved. That being said, it is an improvement, as long as they can get it where it is needed.