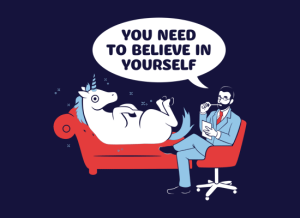 I usually confine my write-up to the event itself, but in this case I have made a breakthrough that I think deserves to be included.

All of the crazy stuff I have accomplished over the past few years has mainly been due to my sheer stubbornness and refusal to quit. Most of the tasks I took on that required exceptional strength, speed, or athleticism, I usually failed. A friend invited me to a dry run for the upcoming SISU Iron, and while I accepted I took it as a given that I was going to be an “unofficial” finisher (complete the event but fail to make time hacks or otherwise fall short of the standard).

By whatever odds fit, the book that I brought to read on the bus ride happened to have a chapter dealing with self-limiting thinking. How the four-minute mile was deemed impossible until someone was crazy enough to focus on breaking it. How “unsolvable” math problems were cracked by those who had simply not heard that they were impossible. How believing that you cannot meet the standard will prevent you from meeting it.

Many hours in bus and car and 2 hours of sleep later, we found the parking lot that was to be our starting point and started sorting out gear and meeting our fellow crazies. 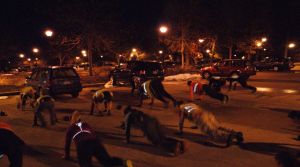 I had fallen behind the count on a few exercises, but overall not bad. Next was to confirm that we all had our required gear, ruck up and move out.

We moved as a group to a scenic overlook (Starved Rock), filmed 30 burpees to send to Spartan Race, and moved on to the most ungodly set of stairs that I am ever likely to see.

We were given our first challenge: 2 hours, go up the stairs with your axe above your head and back down, each 5-man team had to achieve 75 laps minimum, averaging out to 15 per person. 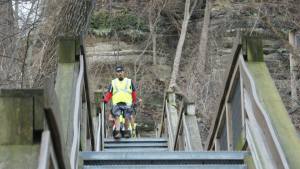 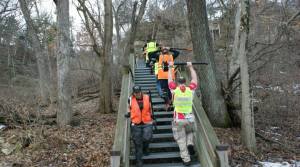 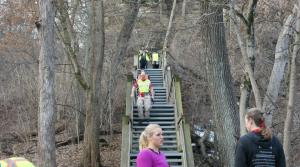 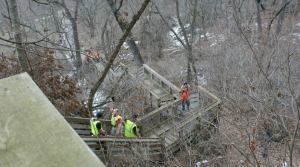 I kept pace with a teammate who was struggling a bit, we all encouraged each other as we passed, and teammates would check where each of us were to get a running total. I was at 12 laps when my team hit the 75-lap minimum, but I went for two more laps just to know that I could.

We were given a short break to rehydrate and eat before moving out, taking a detour through a culvert, and heading back to our start point/base camp. At his point I found that the buckle of my pack’s waist belt was broken, and jerry-rigged it together as well as I could. It worked, but it still caused the straps to dig into my shoulders more than usual.

Next task had each team tethered together with a length of parachute cord, given a destination and a tire to carry, 90 minute time hack, move out.

Toward the end of this movement, the front man of our team stopped and called, “Hey Rick, get your axe out…”

A raccoon was on his back in the path, feet in the air making twitching movements. As we approached he flipped on to his feet and looked at us defensively. With five of us tied together, this could become a mess easily.

Rick threw a chunk of log at him and flushed him a distance off the trail, and we passed by.

The last half mile to our destination had some rough terrain, and some that we took a detour just to look at.

We reached our checkpoint, took a few minutes to eat and hydrate… 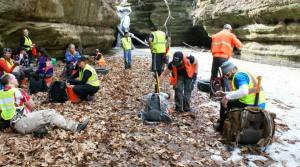 And were told next to fill a bucket with water and carry it to the amphitheater cave that we had passed a quarter mile before. We went through group PT:

We then carried our buckets of water back, and found that the easter eggs that had been part of our required gear were distributed throughout the canyon, and we had 1 hour to recollect them. 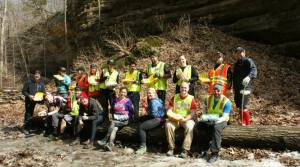 Ruck up and head back by a slightly different route. We were told that anyone who had carried a tire on the way in could not carry one on the way out, but about halfway back people started to break down and many of us who had already carried it started taking it again. In particular, Schmitty spent a good portion of that movement carrying two. 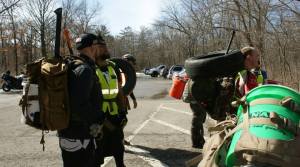 The hardest point for me was when, after fighting the tire up yet another set of steep stairs, I asked to hand off the tire and everyone who did not already have one was unable or unwilling to take it. After the first few excuses, Schmitty came back to me and carried two for a few minutes to give me a break, then I took the smaller of the two from him and carried it for the rest of the movement. (The smaller tires were about 20-25 pounds, the big boys were around 35.)

Back to the start point, a half-hour or so break to eat, drink and tend to my feet. The next challenge was exactly what I had been fearing coming into this: a 4.8- mile timed run, when I am already worn out, with a time hack only slightly longer than my usual time when I am fresh. If I missed the time hack, I could continue but would not be an official finisher.

We shouted encouragements to each other and gave high-fives as we passed to encourage others along. Time hack was 1:05, I made it in 1:02.

I found out after I finished that the fastest few had run extra laps to be given to anyone who was close, to keep them in the game. Love this team…

Next we paired off for an egg toss, anyone who drops the egg must do hand-release pushups until everyone else has dropped it.

Gear back on, down the insane set of stairs yet again, to do 2 hours of moving PT, lunges, bear crawls, inchworms, etc, followed by slow-burn pushups on the park benches just after nightfall. 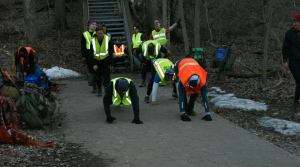 Next task was a race, with the prize of getting out of the last challenge, which we were warned would “freaking suck”. A set distance in your ruck, maximum number of laps in a set time. I made it 10 laps before I had to stop to sort out a leg cramp.

Last challenge: A competition to hold a wall sit as long as possible. If you drop out before the last person, 50 burpees.

My leg cramped up again in under a minute, so I decided to take my burpees and be done with it, and started helping others with theirs as more people dropped out.

Weight was added to the remaining competitors as time wore on. Here are the final two: 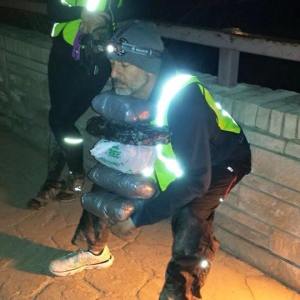 When the last man dropped, 9 of us stepped in to donate 5 burpees each, so he only had to do 5.

What I learned from this:

Spare parts for your gear are a good thing to have.

The more structured training plans I am using are reaping rewards. I have gotten a lot stronger and a little faster.

I can embrace a lot more suck than I want to think about when I have to.

Believing that you are not up to snuff (because…umm, why again?) holds you back from more goals than you can imagine. Quit doing it.